I am very excited to be bringing this review to you! This was very kindly sent to me in return for an honest review by Black and White Publishing and I just want to say thank you again because I always feel very grateful to be sent books so Thank you.
I think I have quite a unique take on this because I unlike many others on the tour have not read the DIMLY Series which I think is an advantage because I believe this book can definitely be read as a standalone, not that I am doing that because I have already bought the rest of the series in order to read it – but you can definitely read it the order I have if you are interested in doing it that way. Anyway, because I haven’t read Eden’s POV it gives me a fresh look at the characters and events that many reading this book won’t have. So if you are interested, just keep on reading. 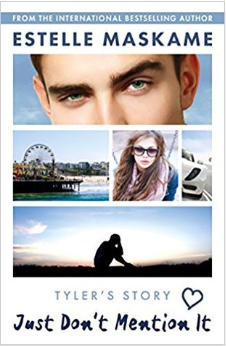 Plot: (Summary from Goodreads)
Tyler Bruce – hell raiser and bad boy – tells his story in his own words.
Alternating between past and present, Just Don’t Mention It is narrated from Tyler’s perspective. We see his life as a twelve-year-old boy suffering physical abuse at the hands of his dad. We see him as the daredevil seventeen-year-old we first met in Did I Mention I Love You? the stepbrother who falls head over heels for Eden.
In these parallel timelines, we finally understand the enigmatic Tyler’s complex story and his innermost thoughts – on his dad, his mom, on Tiffani and Eden – all the things Eden wasn’t witness to. And, crucially, the reader gains heartbreaking insight into why Tyler becomes the self-obsessed, angry and unhappy guy we encounter in DIMILY.
This utterly addictive rollercoaster of a novel gives voice to one of the most adored characters in Estelle Maskame’s extraordinary international bestseller, Did I Mention I Love You?

The plot was incredible! The flashbacks to Tyler’s hard-hitting past was handled in a serious and in as not triggering a way as such a horrific event can be conveyed. I loved the way it was done and they were my favourite moments in the book. The present held just as much torture and anguish for Tyler as his past did, only it took a different form in the shape of his mental struggles and his girlfriend from hell -Tiffany. I also liked this element of the story because it was interesting to see how the events of his past affected him today. The balance between the past and present was well done as was the romantic portions and family life. I thought it was great and very well written.

Writing Style: I loved the writing style. It was a balanced mix of flowery and straight to the point that was very fitting for the character. As I have already said I loved the way she wrote the 5 years prior chapters in such a delicate but intense manner that fitted the situation and the character. Being a teenager myself I often say I don’t feel that teenage characters are represented well but Estelle wrote them beautifully and very true to how someone my age would act which I appreciated and made me enjoy the characters and the book as a whole more.

Characters/Relationships:
I really liked Tyler as an MC, he had a great backstory that was tough to read because of its hard-hitting nature and a great arc for overcoming and dealing with both his past and present issues.
Eden, on the other hand, I’m swithering over, maybe its because I haven’t read the series but she felt a bit all over the place to me. One minute I liked her and her decisions and the next I was shocked by how easily she was manipulated and weak she was.  One minute she seemed strong and willing to stand up for herself and the next she would cower away. I saw it as character development for a while until I just became infuriated by it all. I hope my opinion changes once I read her POV because I did like elements of her backstory that were woven in and you didn’t get great amounts of it because of the seriousness of Tyler’s situations.
The real WOW factor of the series is meant to be their relationship. I however didn’t get the wow factor from it because to me there is nothing wrong with their relationship. I also read a vaguely similar type of relationship situation last year, The Kennedy Boys Series by Siobhan Davis which was a lot more questionable seeing as they were cousins. Maybe because I have read that series where the relationship is so much more questionable I think it made their relationship seem tamer and less “gross” to me. This is really where it lost that 5th star because for me to give something 5 stars it needs to completely wow me, knock me off my feet and leave me sobbing in agony for days after I’m done, and because the relationship didn’t really wow me or shock me I felt I lost the intended Wow that many readers get from this shocking series.
The relationship as a whole was definitely not insta love, I would class it as Hate-to-Love, my favourite! And with definite hints of Love Triangle, another one of my faves. It was an incredible relationship to watch grow. Their connection again was well written and I liked how realistic their actions and reactions were. Yeah, great couple and despite Eden’s character flaws I’ve mentioned I really liked them.

About the Author:
Estelle Maskame started writing at the age of 13 and completed her DIMILY trilogy when 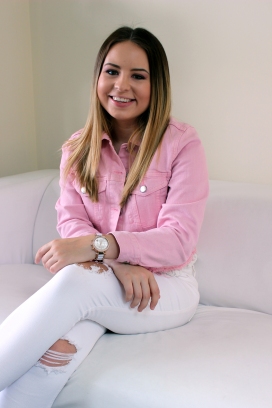 she was 16. She has already built an extensive and loyal fanbase for her writing around the world by sharing her work in instalments on the digital platform Wattpad. Estelle’s trilogy will now be available for the first time in book and ebook formats.The DIMILY Trilogy has had more than 4 million hits on Wattpad, and Estelle tweets to almost 170,000 followers as @EstelleMaskame.

Estelle is a huge inspiration to me personally because she was so young when she was published and she is also Scottish, so not only do I adore reading her writing but she is hugely influential for me as a writer and making me believe I can do what she did so successfully.

Overall, I did really like this book. 4 stars out of 5. The writing and Tyler’s character were incredible and the backstory element of the plot made it very interesting. Eden let it down for me slightly but it’s still an incredibly hard-hitting read that I thoroughly recommend. I will definitely be reading the rest of the series! I just want to say a final thanks to Estelle – who kindly signed the copy I was sent, which she didn’t need to do but was greatly appreciated. *It goes without saying that it did not affect my review in any way*
That’s enough rambling from me though. I hope you enjoyed this if you did and you are interested in this book or the series as a whole and want another perspective you should check out some of the other bloggers on the tour because they are all incredible and I can’t wait to read their opinions myself.
But anyway, I hope you have a great weekend. 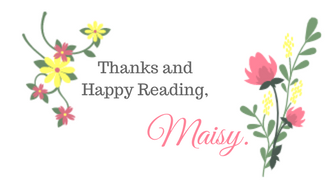 21, YA and NA Book Blogger, besides books I am a lover of musicals, Disney and makeup. Aspiring Writer of YA fiction. View all posts by Maisy 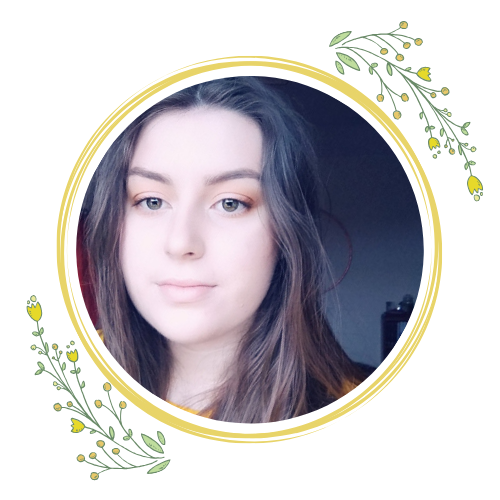 Welcome to my small slice of the internet <3
This blog is mainly for me to expel my ramblings, and who knows they might even be helpful to some of you.

When I’m not reading or writing, I am either watching TV, playing computer games with my brother or singing very loudly.

Thanks and Happy Reading!